Who wins? The Optus ruling and time shifting content 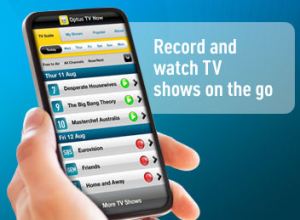 An Australian Federal Court ruling last week means that Optus customers will be able to watch TV (including free to air AFL and NRL) virtually live – on a two-minute delay – a service for which Telstra believed it had bought exclusive rights. Telstra will, no doubt, appeal the decision but given football seasons are about to kick off the consumer will win in season 2012.

The AFL and NRL will complain that the Optus TV Now service will devalue the Telstra rights deal and, in turn, have a negative effect on fans and clubs. The reality is that TV Now allows users to time shift content (remember the VCR?). More people will be exposed to the free to air advertising via TV Now which is a good thing for clubs and the AFL.

“It demonstrates how in hoc sport has become in television. Sport has borrowed against its future so extensively in the expectation of unending TV riches. The minute that TV sneezes – sport catches a cold. All those pampered players, all those self important suits, all those spoils, all those lifestyles and one judge can make them tremble…just for a moment we should enjoy their discomforture.”

Now I don’t think ‘discomforture’ is even a word but you get the point.

The biggest winner in the ordeal is Optus. The publicity for the virtually unknown service weeks before pre-season competitions begin is priceless.

The freedom for users to digitally record and ‘time shift’ content should never be taken away. Digital rights deals should be done annually so they can stay relevant to the ever advancing technology.

Finally, the AFL should look to the NBA which sells multiplatform ‘League Passes‘ globally around the world. Users can watch every game, from any device, at anytime with DVR controls. If it’s not careful, the AFL will alienate users and lose them to alternative ‘streams’ void of an archaic digital business model.